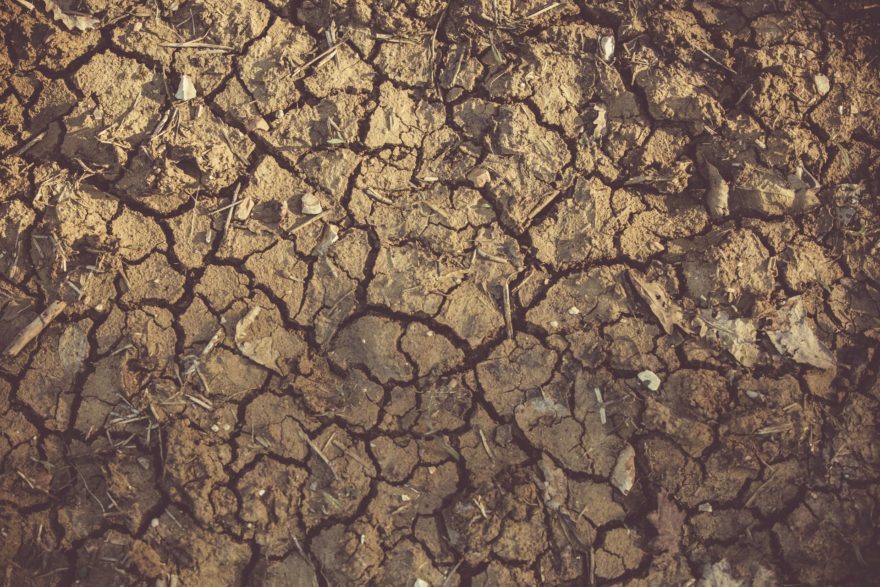 Soils act as a first-order control on hydrological processes by partitioning rainfall into overland flow or infiltration. The fate of the infiltrated water (e.g. storage, deep drainage, lateral flow etc.) is largely determined by soil properties and their spatial distribution.

Although hydrologists agree that soils play a very important role in the hydrological functioning of landscapes, they often lack the skill and to interpret existing soil information. This problem is heightened by the fact that soil data was mostly generated for agricultural purposes, such as land potential and fertilizer requirements, with little effort to make the soil data user-friendly for non-soil scientists. The consequence is that soil information is often misused in hydrological models and soil parameters are often only used for calibration of hydrological models.

With enhanced computing power the spatially distributed hydrological models are capable of handling details of landscape heterogeneity better. Some models (e.g. SWAT) couple seamlessly with GIS interfaces, such as ArcMap and QGIS.

The models typically rely on layers of the terrain, land use and soil information to delineate Hydrological Response Units (HRU’s). The assumption is that a HRU is an area with a homogenous hydrological response.

Overall, terrain and land use data are freely available at an adequate scale for most hydrological modelling purposes in South Africa. Soil information, on the other hand, is typically not readily available for direct parameterisation of most models.

In South Africa, the only soil database that covers the entire country is the land type database. A land type is an area demarcatable at 1:250 000 scale with similar climate, geology and consequently soil distribution patterns.

A total of 7070 land types have been delineated between 1972 and 2006. Each of these land types is accompanied by a land type inventory (see example in Figure 1).

The soils presented in the land type inventory reflect the soil series as in the first edition of the South African Soil Classification System (1977) – or the ‘red book’. More than 30 years ago, Prof. Roland Schulze made a remarkable effort to establish the hydrological response for each of these soil series.

The land type inventory further provides estimated clay percentages and texture class for the A, E and B1 horizons of the different soil forms (Figure 1c) as well as a description of the nature of the layer which will restrict root penetration (Figure 1d).

At this stage, land type information is mainly being used in ‘lumped’ format as presented in the South African Atlas of Agrohydrology and Climatology (Schulze et al., 2007). In this format, the land type is considered as a single unit, with average parameters representing the entire land type (in the Atlas the hydrological parameters are mainly those which are used in the ACRU model).

Although treating land types as lumped entities is certainly useful for large scale modelling, we believe that this invaluable database can be used for so much more, permitted that certain limitations are addressed.

In hydrology, the nature of the soil/bedrock interface plays a very important role in the hydrological response. This requires that land type data is carefully interpreted before direct incorporation for modelling purposes.

The hydrological response of these soil groups will differ considerably, where lateral flow at the soil/bedrock interface is likely to be dominant on the plinthic soils (Figure 2a), overland flow due to storage excess on the shallow soils (Figure 2b) and vertical drainage and recharge on freely drained soils (Figure 2c). 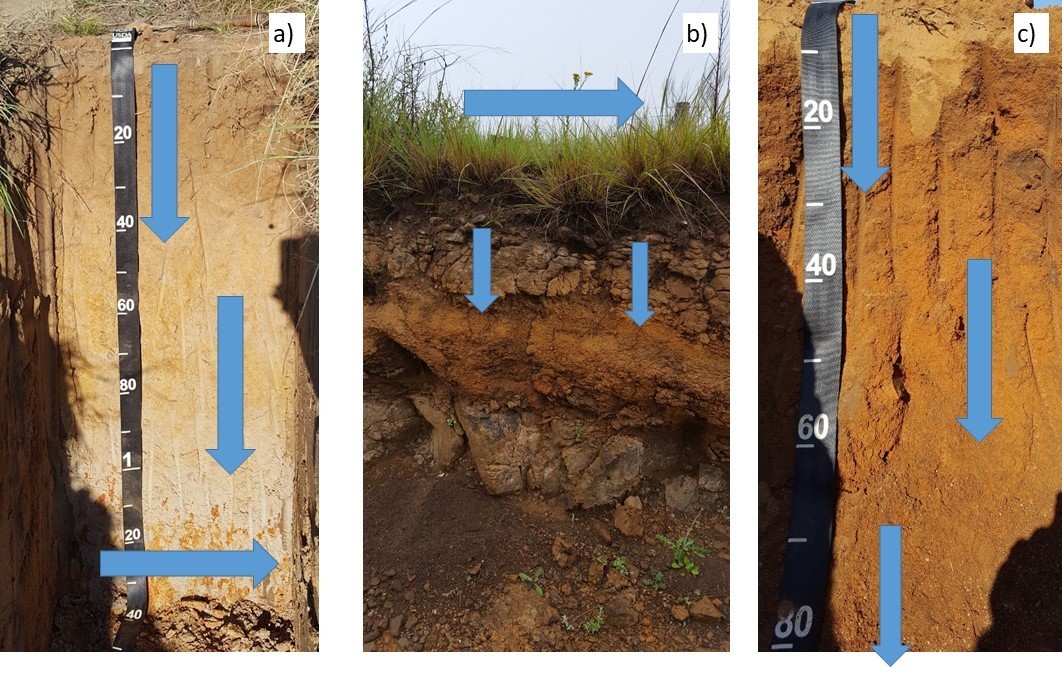 The advances in Digital Soil Mapping (DSM) have paved the way for remapping soil legacy data at finer scales and better accuracy. In the past few years, significant progress has been made to map soils through machine learning, expert knowledge and disaggregation of land types approach into soil polygons, also for hydrological purposes in South Africa. These approaches also allow for the creation of soil associations/groups with a similar hydrological response. A great advantage of the DSM derived maps are that a measure of uncertainty accompanies them, which could be built into the models.

There is a need to use the DSM methods to create user-friendly hydrological soil maps for the whole of South Africa. Such maps should also be accompanied by hydrological properties of the dominant soils for parameterisation of a range of hydrological models. These properties should either be directly measured or derived from locally developed PedoTransfer Functions (PTF’s) which is applicable for our environmental conditions. These maps must also be accompanied with dedicated field campaigns where the accuracy of the maps are determined (for quantification of model input accuracy) and description of the nature of the soil/bedrock interface.

Sustainable water resource management in the highly variable water regime of South Africa becomes increasingly important as the demand for this resource increase. Accurate hydrological modelling to forecast the impacts of climate and land-use change on this resource are pivotal to sustainable management. In this day and age, we simply cannot allow that the efficiency of modelling output is jeopardised by outdated, inadequate soil information, while new methods exist with which the spatial distribution of soil classes and properties could be accurately determined, together with the accompanying uncertainty on the distribution.

Hydropedology and the value of hydropedological surveys
Environmental costs for development